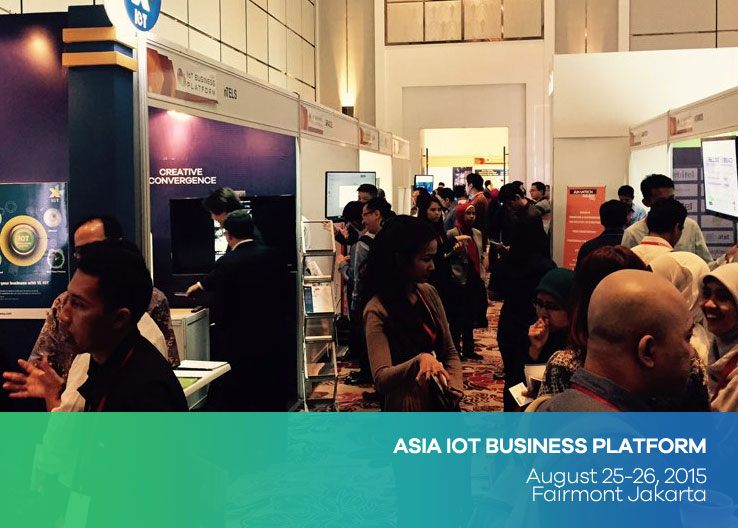 NTELS participated as an exhibitor in the 5 th edition of Asia IoT Business Platform 2015 held on 25 – 26 August at the Fairmont hotel in Jakarta, Indonesia.

Asia IoT Business Platform is a series of events held in Indonesia, Thailand, Malaysia and Philippines that focuses on spreading awareness and the adoption of IoT/M2M technology in the region. During the event in Jakarta, 339 registered stakeholders from 166 companies and 13 countries showed up – from government, telecom to multinational solution providers. With panels formed by top IoT leaders (such as HP, PWC and Intel), the conference featured thought-provoking panel discussions, including “Creating value and monetizing IoT.”

At the event, NTELS showcased the AoT@Home (smart home) service that allows users to make their home smart and customize their home to suit their everyday lifestyles. AoT@Home caught the attention of a large number of visitors by demonstrating how the service monitors Z-wave smart sensors and devices and triggers certain actions on those devices based on predefined rules. 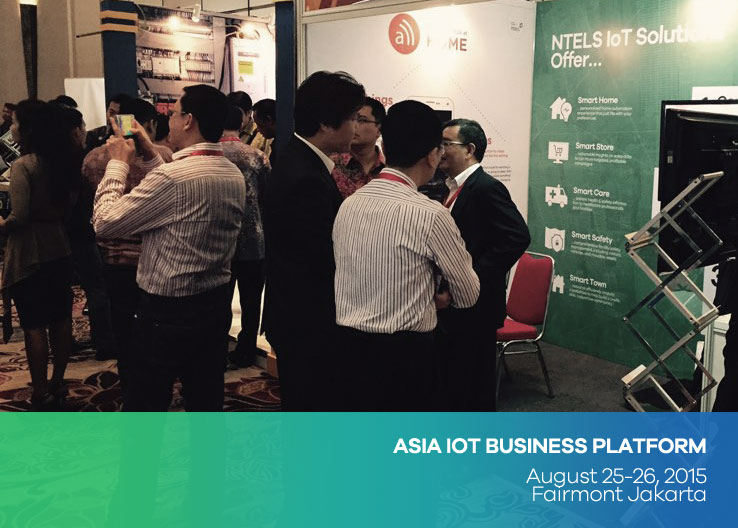 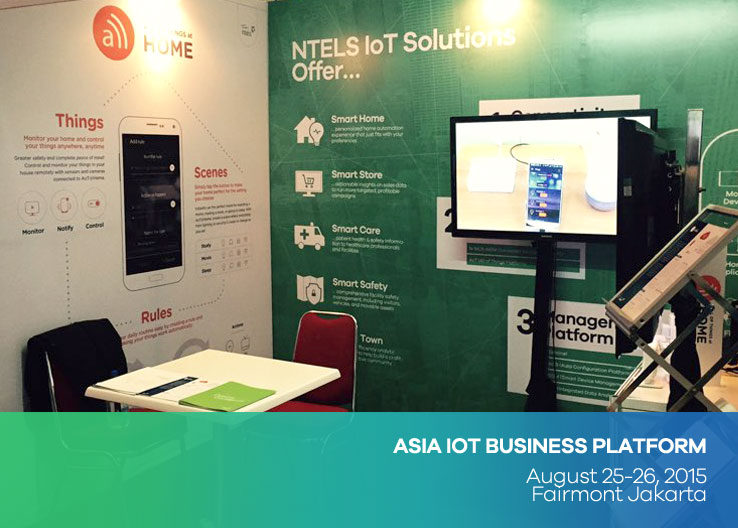